WHY DID I CHOOSE THIS RECIPE?

At first I actually wanted to find a crab recipe because of a joke we have in class, but it looked way too complicated so I went for this instead.

I chose this recipe, obviously because it belongs to the Atlantic diet (it said so on the website), but also because lots of species of skate can be found in the Atlantic Ocean or the North Sea. The recipe uses potatoes, which are often used in this diet, skate, olive oil, garlic… They’re all ingredients that can be found in the North of Europe (and other countries-like Spain).

When I came across this recipe on the Internet I instantly chose it as I was pretty sure my dad had used the exact same recipe a few weeks ago when he cooked skate. It tasted good. 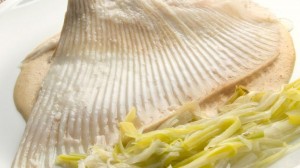 SKATE WITH POTATOES
For 4 people
INGREDIENTS

PREPARATION
1.  Cut the potatoes into pieces and put them into a pan with cold water along with the bay leaves, salt and the onion(which has previously been cut into quarters).
2.  After boiling for about 20 minutes, add the skate, put on the lid of the pan, and cook for another 5 minutes at a low heat. Turn off the heat and leave to stand for a few minutes.
3.  Heat the oil in a frying pan and add the bay leaves and (peeled) garlic. After a few minutes, take the garlic and leaves out, let the oil cool down and then add a tablespoon of paprika. Put the potatoes and skate on a plate and drizzle over with the garlic-infused oil. 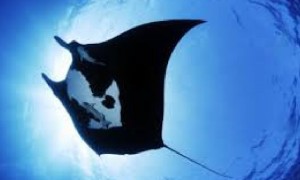 
Although, as I said before, the final result is very tasty, it’s not a good idea to make this dish too often as skare is classified as a “critically endangered” species: basically, there aren’t many left. Which is not good. If you do like skate, make sure you buy it from a sustainable source.
We’ve got to preserve this beautiful and amazing animal.